In late 2011, I was contacted by the leader of the CPA High School music program, Mr. Nathan Beeler, who was interested in composing a piece which featured his Wind Ensemble accompanied by a DJ. At first I didn't really know how that was going to work, but we exchanged ideas back and forth and eventually got in front of a whiteboard and scribbled down an outline of a piece, which became "Concerto Grosso for DJ & Band (Club Mix)".

Mr. Beeler then recorded parts of the band for the DJ to 'sample' and scratch in, live, overtop of the band themselves. With these, we wrote the DJ part, along with using drum loops and scratch sounds to round out the collaboration. It was performed live, twice, on May 29, 2012.

This project was made possible through Nathan's Certificate of Excellence Award, which was honoured to him by the Prime Minister of Canada for his outstanding achievements as a teacher at the school. I'm honoured that he chose to work with me. Read more about the award and Mr. Beeler here: http://www.ic.gc.ca/eic/site/pmate-ppmee.nsf/eng/wz01758.html

CPA High School is in Bedford, Nova Scotia and I am a graduate. You can catch me in the hallway grad class pics rocking a bowtie.

I had a great time working on this piece. I would like to thank Mr. Beeler for reaching out to me and the students of the CPA Wind Ensemble for being such a great group of young people. 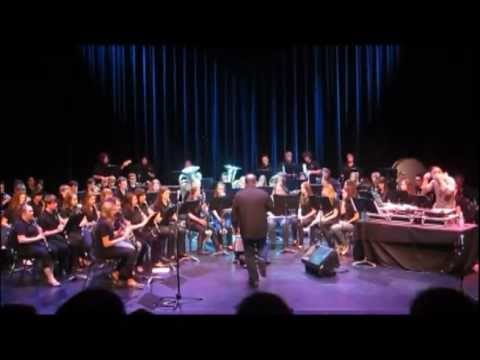