Added 3 weeks ago by Scratch-admin
15 Views
Mr. Collage’s debut solo album “Layers” under a complete R.E.M.I.X. from Producers and DJs across Greece and Europe!

Greek producers and DJs supported actively Mr. Collage’s LP since its release and among some of the finest, offered their musical twist to the Layers Remixed album.

RSN (Belleruche/Agogo Records) gets funky with guitar riffs and G-Funk synths, Stiko (Antilopes crew / Stiko & Wag) vibes with house tendencies, Sko (StillMuzik Records) with a Soulection remix to Chien-Po with rusty and D&B elements, both by using the esthetic voice of Amira Lacrima on “On Fire” are contributing to a new musical taste of the Layers. smallFall transforms the downtempo track Blue Gardenia into a breakbeat Trip-Hop style remix. Bouklas with his well-known heavy beats gives the necessary boom bap flavor to the remixed album. At the end, mCurtis remixes two tracks with the participation of Mantique, one of them included as a bonus track.

Layers is released on all digital platforms by label Mind The Wax in July 9th, 2020. 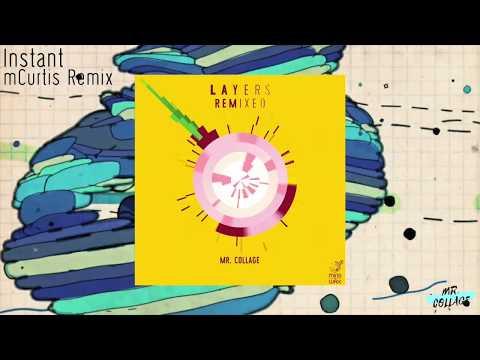 Mr. Collage’s debut solo album “Layers” under a complete R.E.M.I.X. from Producers and DJs across Greece and Europe! Jamaican and Reggae influences on...