Added 4 years ago by Scratch-admin
806 Views
RIP David Bowie.
Late night in the studio... took a break from working on a new mix to check my feeds... only to find it flooded with news that the legendary David Bowie has passed. Lots can be said & written to eulogize prolific artists like him, but I think the most appropriate way for a DJ to celebrate my favourite artists is by sharing their music. So how about a little routine?
1983's "Let's Dance" was produced by David himself & Nile Rodgers (from Chic, recently featured on Daft Punk's 'Get Lucky'), and was Bowie's biggest song to date, 20 years into his career. The guy never stopped creating -- he stayed recording and collaborating with artists like Arcade Fire & LCD Soundsystem over the last decade, and even put out an album two days ago, before his untimely passing. If that's not motivation as an artist, I don't know what is. So this one's for you, David -- a tribute, just having some fun with a dancefloor smash that has always been a favourite to double copies of while keeping people moving. Don't mind the smilin', I can't help it. Rest easy...

A recorded version can be found here, in my David Bowie megamix for The Strombo Show: https://www.mixcloud.com/skratchbastid/skratch-bastid-bowie-megamix-for-the-strombo-show-17-01-16/ 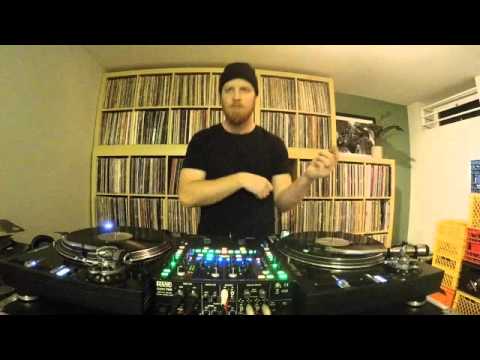 RIP David Bowie. Late night in the studio... took a break from working on a new mix to check my feeds... only to find it flooded with news that the le...